Working As One and difficult conversations

Working As One is a core value here at Magnetism. It’s not only about working as one with each other internally so we can effectively deliver a project; it’s also about working in partnership with our clients. I had a great chat with a client yesterday and he mentioned that he sees us as just one team – it’s not a linear client/vendor relationship.

This is what we mean when we say working as one with our clients. We’re ONE team, working towards the same goal.

However, as in any team, conflict can arise and there will be a need to have hard conversations. There is a common adage that “The customer is always right” but we’ve all experienced that this is not always the case. We always strive to do what’s best for the client and to deliver on the agreed success criteria as defined at the beginning of the project. Sometimes that will mean not agreeing with a client decision or pushing back on a request if we know it’s not in the best interest of the project and therefore, the client. 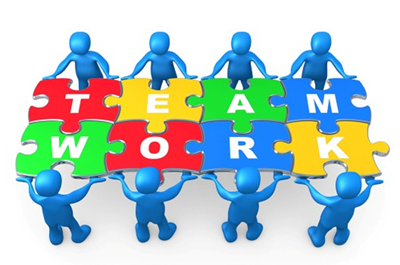 Recently, we had to push back on a client going live with their new CRM even though they felt they were ready to. The decision was based on an observation of insufficient User Acceptance Testing (UAT). This was evidenced by the lack of issues raised and sporadic participation in UAT sessions set up. As much as we back ourselves in our ability to deliver great systems, it’s commonplace for issues to be raised during the UAT period. These can be bugs, questions and small tweaks so it’s fair to say if none or very little is raised, there’s insufficient testing happening!

In this instance, the project sponsor had a hard word with the team and the next day testing was done and some new issues came up. This, thankfully, validated the decision to push the go live and affirmed with the client that we’ll always do what’s in their best interest even if it doesn’t seem that way at first.

No one likes hearing “No” and there are times when we don’t like saying it for fear of disappointing our clients. However, Zero Failed Implementations (ZFI) means making the hard decisions in the best interest of everyone. And one of the most important aspects of working as one and effective teamwork is: clear, honest and open communication even if the message is hard to hear. We’re in it TOGETHER!