We noticed an interesting issue when revising Quotes in Microsoft Dynamics 365, where the Status Reason of the revised Quote was set to something other than “Revised”.

Through our normal troubleshooting, we checked to see if there were any plugins, synchronous workflows, or other logic in the system that may be overwriting the Status Reason field but were unable to locate anything suspicious.

In the screenshot below, I have changed the Default Value for the “Closed” status to “Lost”. 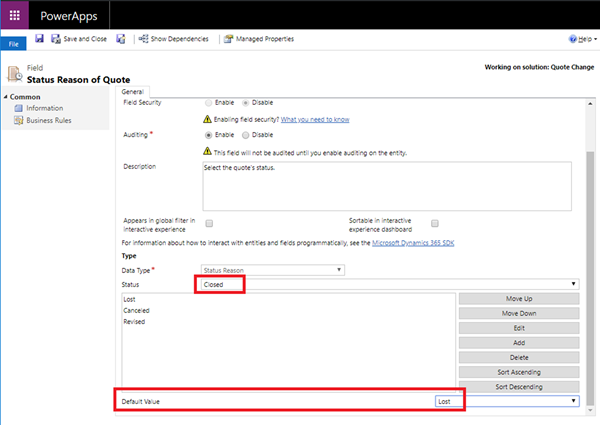 The Revised Quote shows the Status Reason value as “Lost” instead of “Revised”. 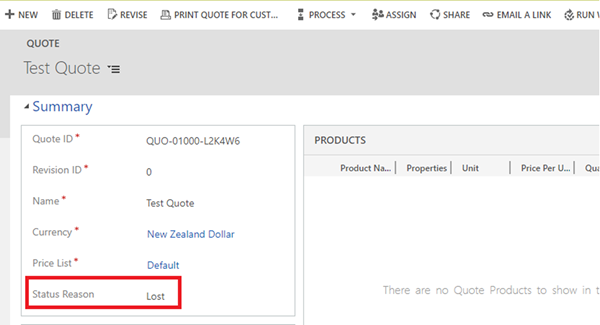