If you have signed up for a trial version of Microsoft Dynamics CRM 2011 lately, you may have noticed the slick new user interface. The new look is part of update rollup 12 and includes a few cool new features which I will run through in later posts. For now, let’s get familiar with the changes to the user interface.

Some of the minor user interface changes include new fonts and upper-casing on ribbon tabs to follow the 2012/2013 theme for other products such as Microsoft Office and Visual Studio.

Icons have also been removed in entity grids. I believe this decision has been made to improve the loading time of the application. The image below shows a view of the Account entity.

Navigating to Activities from the main screen will still show icons to help identify the different activity types. They are also used on columns showing regarding records as shown in the image below.

UR12 also includes a simplified Site Map which is less cluttered than previous versions of CRM. The two images below show a comparison of the main Site Map for two freshly created online instances. 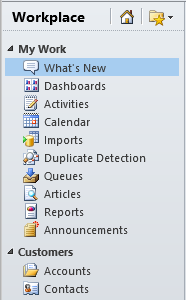 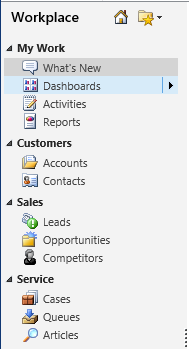 Those are just some of the user interface changes in UR12 for Microsoft Dynamics CRM 2011. There are also significant changes to CRM forms which we will cover in upcoming posts.