Recently we had an issue in Microsoft Dynamics 365 where the “Duplicates Detected” dialog was popping up on create of a contact, indicating that one of the duplicate detection rules found a match, but instead of being able to review the potential duplicate records, it was showing “None”. 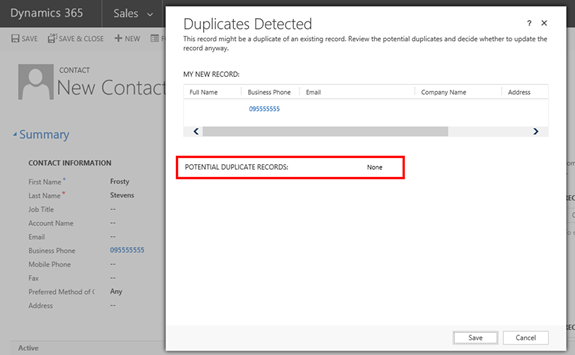 We aren’t using the “Full Name” composite control on the contact. Instead we have the “First Name” and “Last Name” separated out. It seems that because the Full Name isn’t being updated until after the record is created, it messes with the duplicate detection. The system correctly identifies that there is a duplicate, but it shows no results in the actual popup.

There’s a couple of ways to solve this. The best solution is to just use the Full Name composite control instead of the First and Last Name separately. However we needed them separated out, so I ended up just changing the duplicate detection rule to match on First Name and Last Name instead of Full Name.

Now when we create the same contact, it doesn’t need to check the full name, so it finds the potential duplicate record based on the first and last name. 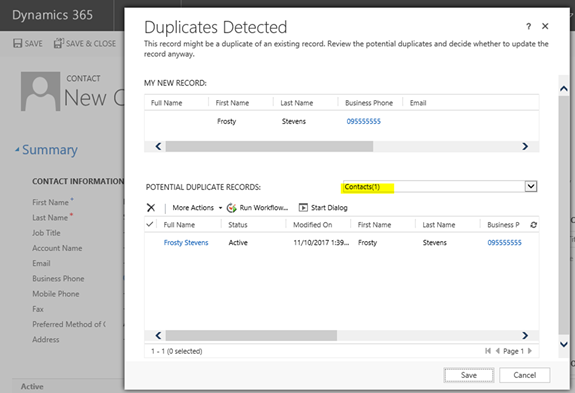