In my previous blog I demonstrated how to configure Power Query options and how to select and load one or more ODataSets from a Microsoft Dynamics CRM Online Organisation using Power Query in Microsoft Excel. In this blog I will demonstrate how to view and configure the relationships between the downloaded ODataSets so that these relationships can be used when creating reports in Microsoft Excel using Power BI tools such as Power View.

The steps are as follows:

2.  Select the POWERPIVOT tab on the Microsoft Excel ribbon bar.

4.  Each of the ODataSets previously loaded to the Data Model appear as tabs in the Data Model window; i.e. AccountSet, ContactSet and OpportuntiySet.

5.  Click the Diagram View command button in the View group on the Home tab of the ribbon bar to display a diagram of the Data Model:

6.  The following image shows the diagram view of the Data Model with the AccountSet, ContactSet and OpportunitySet displayed. You will notice that there are no relationships shown. This is because no relationships could be detected when these ODataSets where loaded. 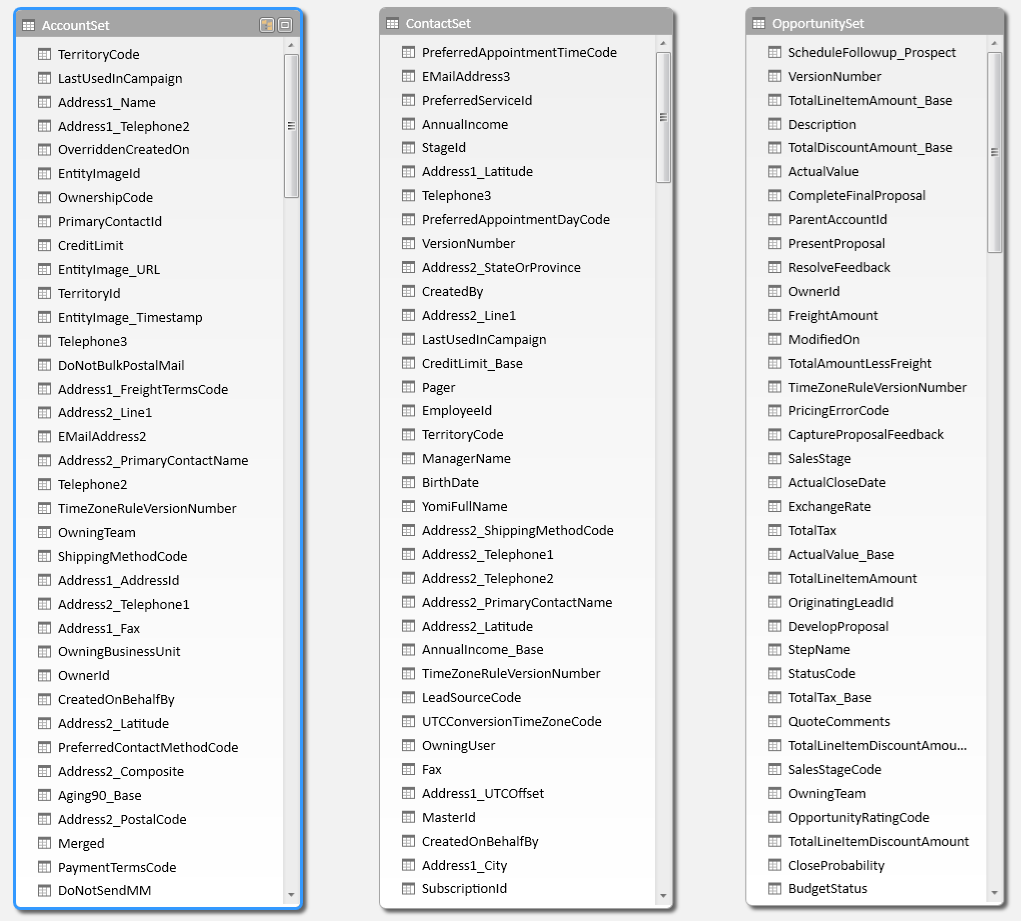 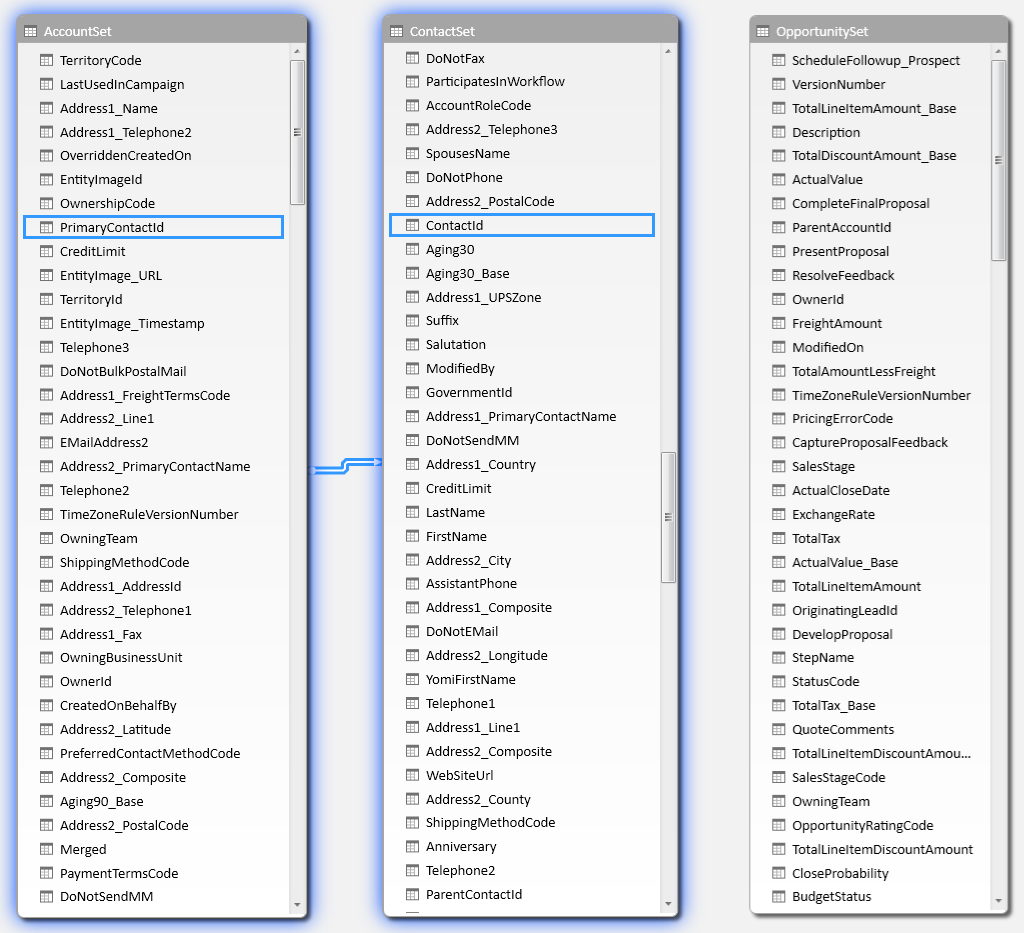 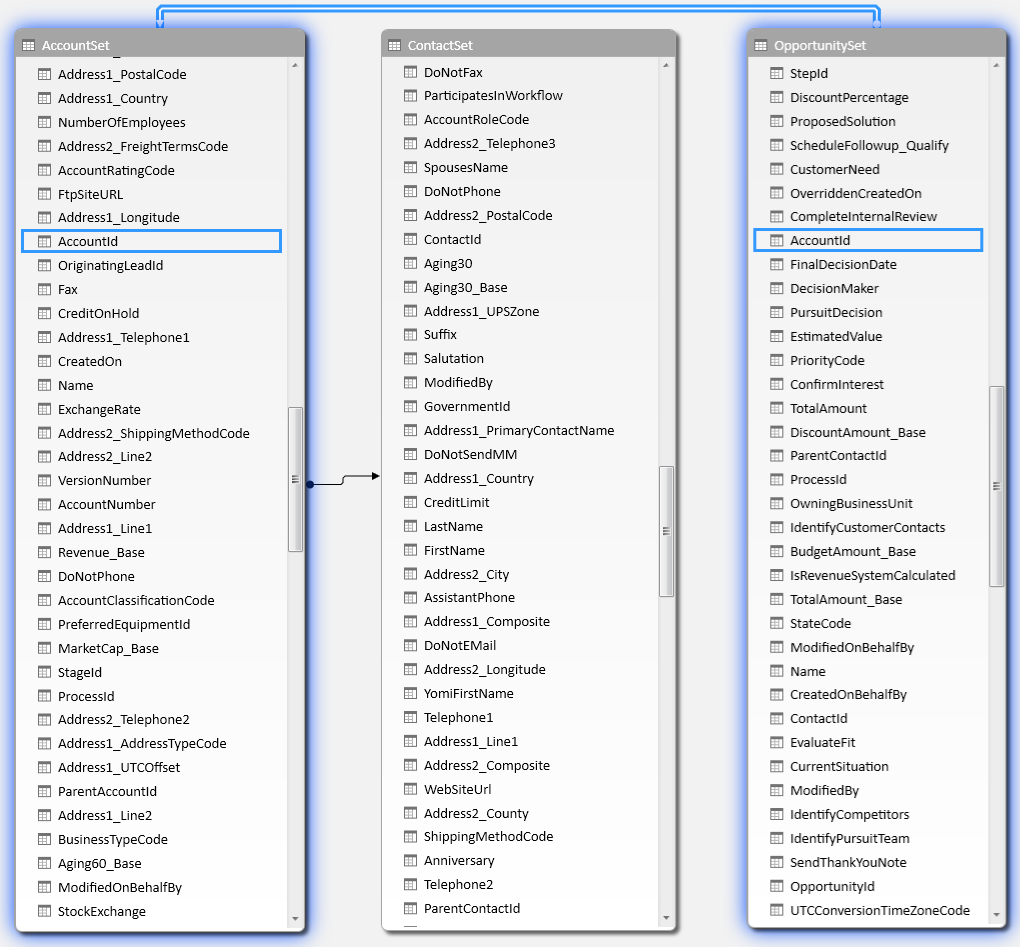 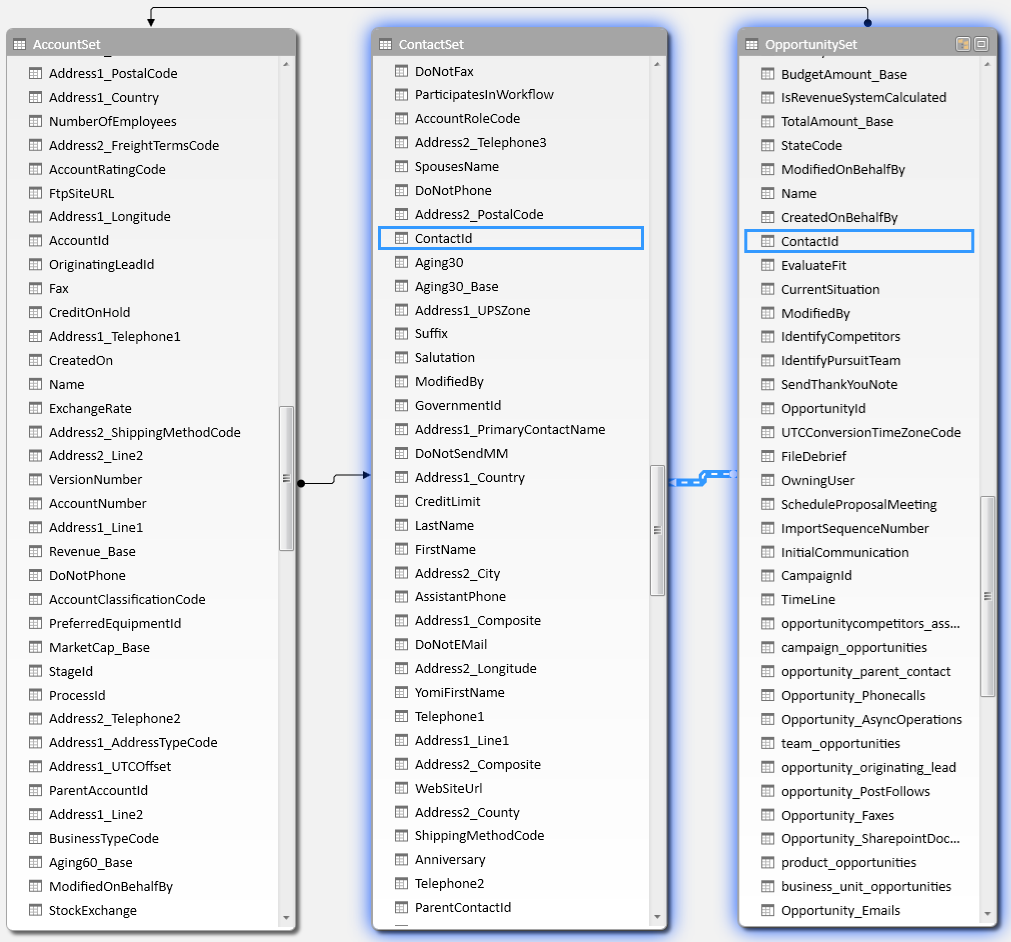 10.  Select Close from the first tab on the Data Model window to return to the Microsoft Excel workbook. 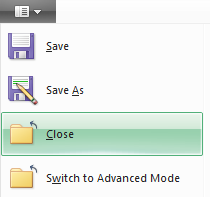 A couple of observations from the completion of these steps are:

•  Regardless of which direction you link the AccountSet and the ContactSet to the OpportunitySet the direction of the relationship is always automaticaly updated to be from the OpportuitySet. 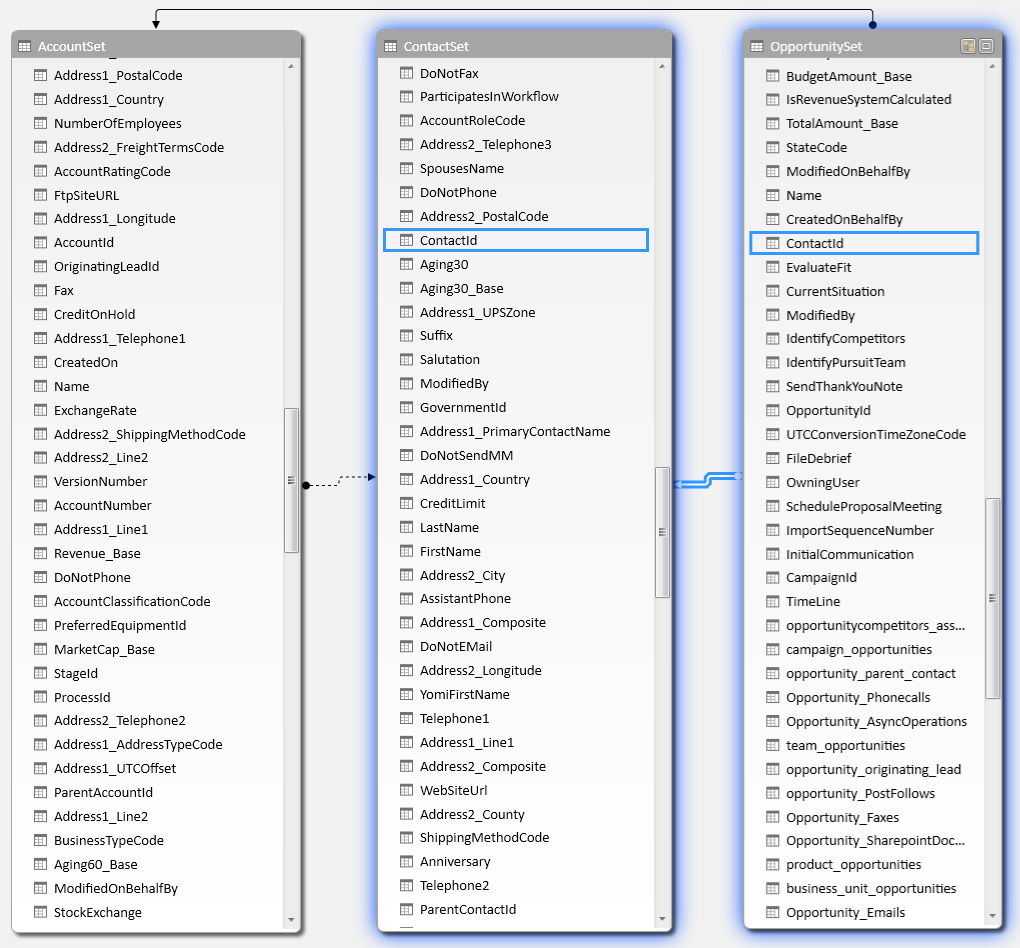 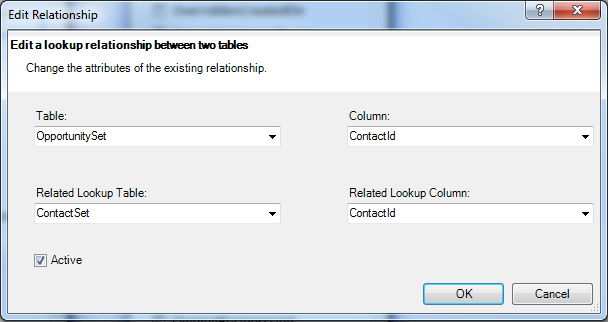 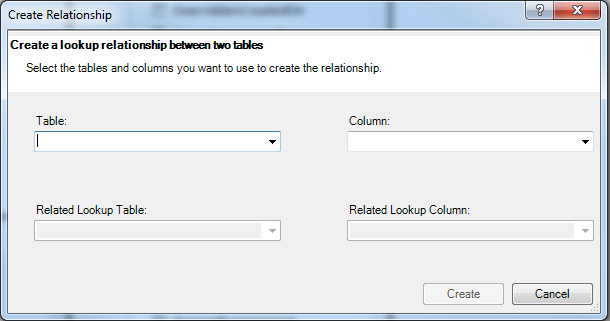 An important point to be aware of is that the relationships are Inner Joins. There is no option create or configure Outer Joins.

In my next blog I will describe how to edit the ODataSet queries using the Power Query Editor prior to being used for creating views, tables and charts in Microsoft Excel using the various Power BI tools such as Power View and Power Map.