Ensuring all Users can see Auto-posts on the Activity Timeline

We had a problem with our Dynamics 365 system where some users were unable to see the auto-posts that were generated by the system for the Activity Timeline on our Opportunities.

User A saw this:

And User B saw this: 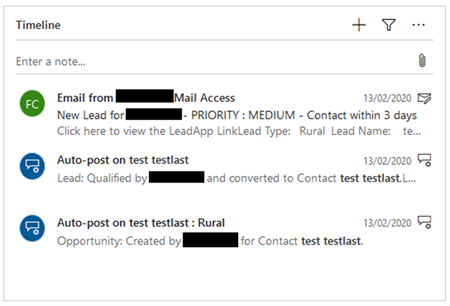 We checked the permissions granted to the users around Posts. And saw that both had this: 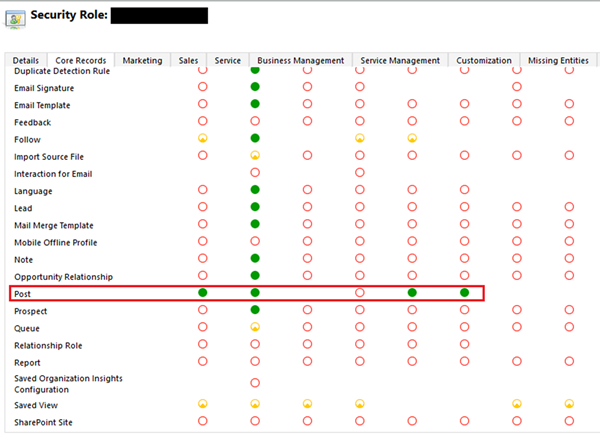 Which would indicate that they have enough permission to see any posts to the timeline. But notice how this is a custom role. User B, who could see the auto-posts, also had the out-of-the-box Sales Manager role.

We tried this out and yes, giving User A the Sales Manager role allowed them to see the auto-posts! But, unfortunately they could also see a lot more than they needed too.

The solution was to grant all users the out-of-the-box Activity Feeds role, which only adds permissions for the Post and Follow entities: 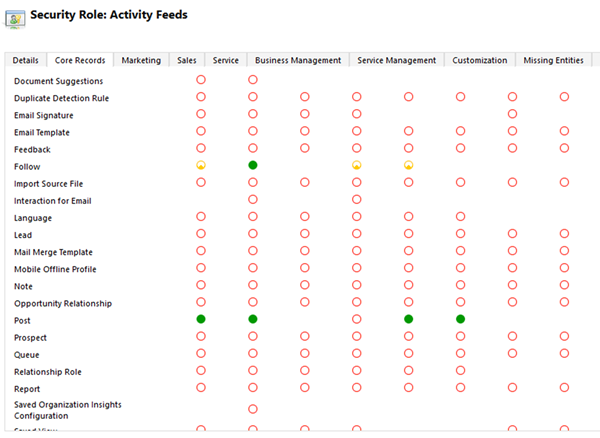 Even though they had already had all the permissions required, the users needed to have a default security role to be able to see the auto-posts.